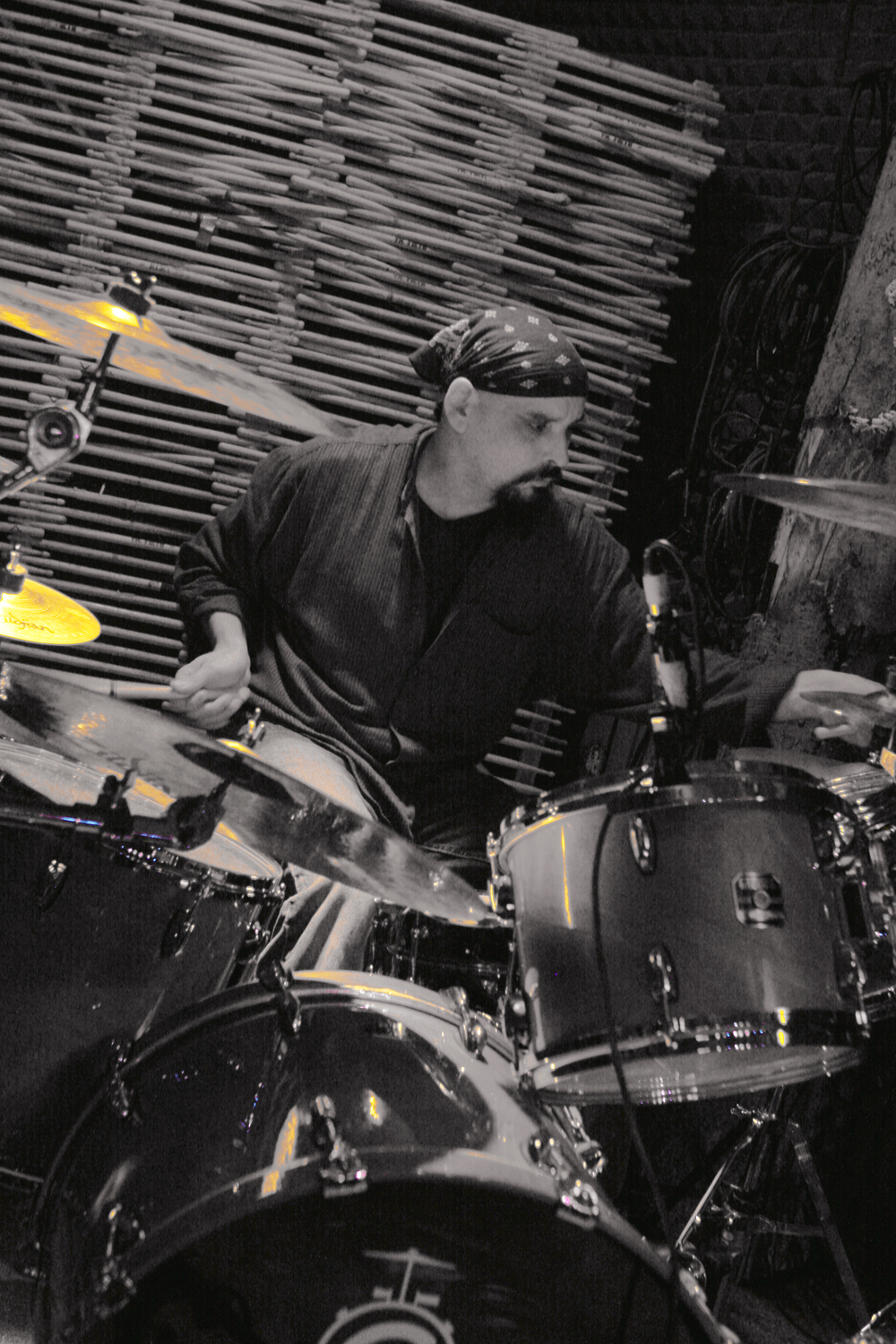 MadCow Fury is an all original instrumental one-man project generated by Mike Molina, from Austin, Texas in the United States. His music can be described as Instrumental Funky Psychedelic Acid Ambient Jazz Blues Prog Rock, being heavily inspired by the music and culture of the late 1960’s - mid 1970’s. MadCow Fury is a renowned professional in the Austin, Texas area. He writes his original songs and also plays drums, piano, keyboards, guitar, bass, flute, percussion and xylophone.

Growing up in a musical household, I was exposed to Jazz, Rock, Blues, Pop, Soul, Country and Oldies at a very young age. I began playing drums around age 6 and joined my first gigging band at age 13. I have always been interested in only making my own original music. The music & artists of the 60’s & 70’s play a huge inspirational role that provides the dominate brainwaves & visions behind my music.

My goal is to take my listeners on a kaleidoscopic musical journey. Hoping to connect with avid music fans and true listeners that are looking for more emotional spontaneity, with less predictability,

I want to be original and do not want to sound like anyone else, so getting people to actually listen has been a real challenge, since much of this music is risky and definitely would not be considered “radio-friendly”.

Most of my music is written on a piano. But because I play a few different instruments, it sometimes varies. It may start as a guitar riff, a melody on the piano or a drum groove. Some of the songs, such as “Big Fat Raton” and “Nudie Suits” are long, a bit complex and difficult-to-assimilate, perhaps a little overlong if you’re not in a purely shape-throwing mood, while some of the songs, such as “Little Flower”, “The Fuzz” and “Turpentine #9” are short and simplistic. There is also a loose jazz-jam element, as evidenced in songs like “Noodle Junk Jam” and “Alligators”. Much of this music is risky and definitely would not be considered as “radio-friendly”. Overall, the music may not be suitable for the conventional mainstream audience, but rather more likely better suited for the deep track music enthusiast seeking something a bit unpredictable and outside the common musical sector, perhaps while sitting on a beanbag in a room with a black-light, a lava-lamp and incense releasing a fragrant aroma.

It’s been a double-edged sword. The internet is a great platform to get your music out there to the masses. On the flipside, there seems to be a lack of genuine interest to artists in comparison to years past. The days of opening up a gatefold vinyl record and reading the liner notes are not as communal as it was back in the 60’s, 70’s, 80’s & 90’s.

Fly your own flag, stay true to your own color & sound. Infuse your musical influences, but don’t mimic them to the point to where you will be compared to them,

Provide a hard nosed educational course to Radio Program Directors, Music Curators and Music Promotors and get them on board to promote true expressive music as the art form that it is, and stop turning musical artists into “products”, Most artists are flash in the pans and will not have longevity in their musical careers.

How do you feel about originality?

It is the absolute most important element!!!!! It is what defines us as artists!!

Thanks for the opportunity!! I hope you enjoy what you read, see & hear!!